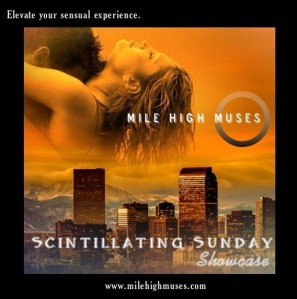 Welcome to my blog, and to Scintillating Sunday, brought to us each week by the Mile High Muses. This weekend I thought I’d share a snippet from Hard Riders, my story in Brit Boys : With Toys –  a sizzling MM boxed set due out on 22 December.

You can pre-order it now for just 99c/99p which is a cracking deal – you can’t get a Starbucks latte for that! Be sure to pre-order now, as the price will increase after release day.

Oh, and look out for the cover reveal on Tuesday. 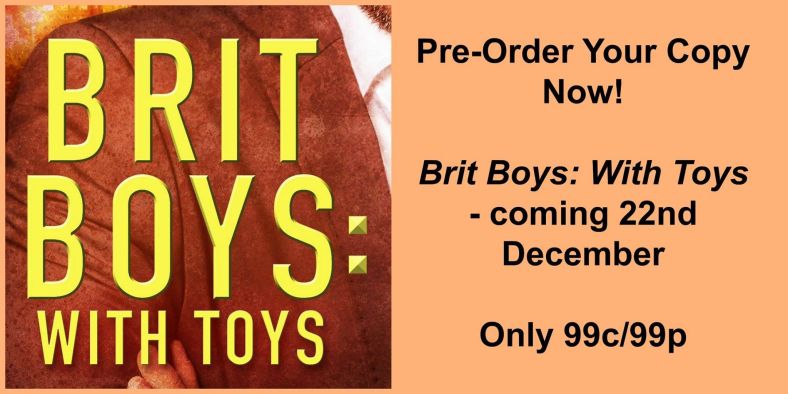 Here’s what to expect from Brit Boys : With Toys

From coast to coast and city to country Brit boys enjoy playing with each other and their toys. Not any old toys, though; guitars, rope, plugs and Moleskine journals all prove to be enormous fun. Throw in a shop that’s wall to wall with kinky ideas, a journalist on the lookout for the next big thing, and Dominants who insist on obedience and there’s sure to be something to cater for everyone’s taste.

Whether it’s a quickie or a slow indulgence, Brit boys know how to hit the spot and they aim to please every time. So take a ride, fly high, come enjoy these sexy boys and their toys.

Right, on with the business. The aim of this blog hop is to scintillate, and I thought these eight paragraphs might just manage to do that.

“Holy fuck,” muttered Jackson, a spilt-second before he mashed his mouth across Liam’s.

The next few seconds were a frenzy of open-mouthed kisses and frantic grappling to be rid of jackets, shirts, anything else in the way.

“Someone might come…” Liam mumbled the words half-heartedly, not usually so cautious.

“That’s the idea. Come on.” Jackson broke the kiss and sprinted across the road to vault a four foot high dry stone wall. Liam was right behind him. They ended up in a field, home to a flock of disinterested sheep who continued to chomp at the springy grass in a manner which suggested half-clothed bikers rolling around in their meadow was an everyday occurrence.

“What about the bike?” Despite his enthusiasm for the turn of events now unfolding, Liam felt someone should spare a thought for the abandoned dream machine.

“It’ll be fine, we’ll hear if anyone’s about.” Jackson lay on his back and made a fluttery come-here gesture with the fingers of both hands. Liam did not require a second invitation and fell on top of him.

It took Liam approximately three seconds to get Jackson’s leather pants undone and shove his hand inside. He found a firm, solid cock already twitching and ready to go. Liam wrapped his fingers around the shaft and pumped, slow at first then firming up the motion, as Jackson gasped and moaned his appreciation. The other man arched his back, thrusting into Liam’s hand as clear pre-cum leaked from the tip of his erection. Liam glanced down, admiring the hard, veined dick in his hand, and ran his thumb over the smooth, bulbous tip to smear the juice around. He wanted to taste, and wriggled around to bring his face in line with Jackson’s groin.

I hope you enjoyed this snippet from Hard Riders. If you like to read my brand of smut and want to keep up with news of my new releases, giveaways, promotions, etc and haven’t signed up for my newsletter yet, please consider doing that. No Spam. Ever. Check out the last few issues here

And finally, don’t forget to drop in on the rest of the Scintillating Sunday authors sharing excerpts today. To find the list Click here

First Impressions
Over The Knee Anthology

In the Eyes of the Law
Her Noble Lords

The Magic of Living Exponentially

Stories to leave you spellbound.

Romance on a Budget